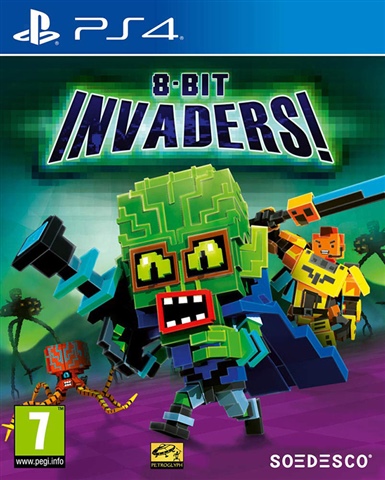 The Invasion Has Begun! 8-Bit Invaders! is a fast-paced retro RTS game that’s out of this world Control the military might of the GALACTIC MARINE CORPS or invade with the devastating power of the alien CRANIOIDS! No matter which side you choose everything in 8-Bit Invaders! is easy to understand for beginners and hardcore gamers alike Collect resources build your base amassyour army and ultimately crush your opponent! Conquering the Multiverse was never so easyFight alone in Singleplayer campaign or find a buddy to battle in Co-op missionsTest your skills in Online Multiplayer or against the AI in in skirmish battlesGet hyped up by the rocking soundtrack from music composer Frank Klepacki.