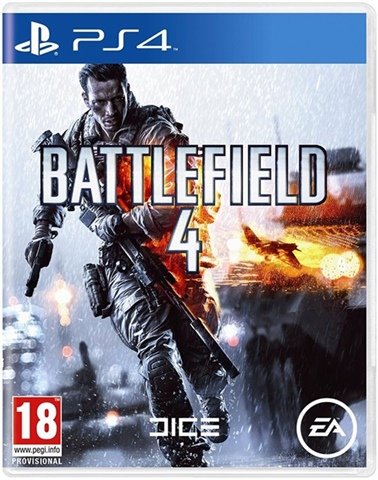 EA's flagship first-person shooter is back, and it's got more hype and expectation behind it than ever. Most gamers, of course, will be coming for the multiplayer. There have been some significant strides in the single-player mode too, though. Battlefield 4's campaign is somewhere between the straightforward, linear progression of Battlefield 3's single-player mode and the more freeform set-pieces of Bad Company 2, and it's a happy compromise. Indeed, some of the single-player set-pieces on offer are among the game's strongest moments. The campaign centres around around Admiral Chang, a member of the military attempting to incite civil war in China. He's convinced the military that the US is behind the killing of a peace-loving local politician and he's enlisted Russia to help in his coup. As you might expect, fighting erupts! Some of the campaign's thrills involve surviving a fall through a collapsing building, fighting enemy planes in a nasty dogfight and hitching an airborne ride using a skyhook. There's been a lot of fine tuning of the series' multiplayer offering since Battlefield 3. It launches with a major overhaul of the balancing in effect. Players will still have to invest a fair old chunk of time to get at weapon unlocks and upgrades, but DICE has avoided this meaning insta-death for newcomers by giving them a solid armoury. Similarly, vehicles are no longer quite the trump card they once were thanks to a cooldown-based ammo counter. There are 10 maps available at launch, but they'll tailor themselves to the mode you're playing. For example, Hainan Resort - a series of tropical islands - will only be partially opened for Squad Deathmatch, but all of it will be available when it comes to a match of the returning Conquest mode. DICE has also made much of its catchily-named 'Levolution', which will see the maps shifting under your feet as dynamic environmental events take place!