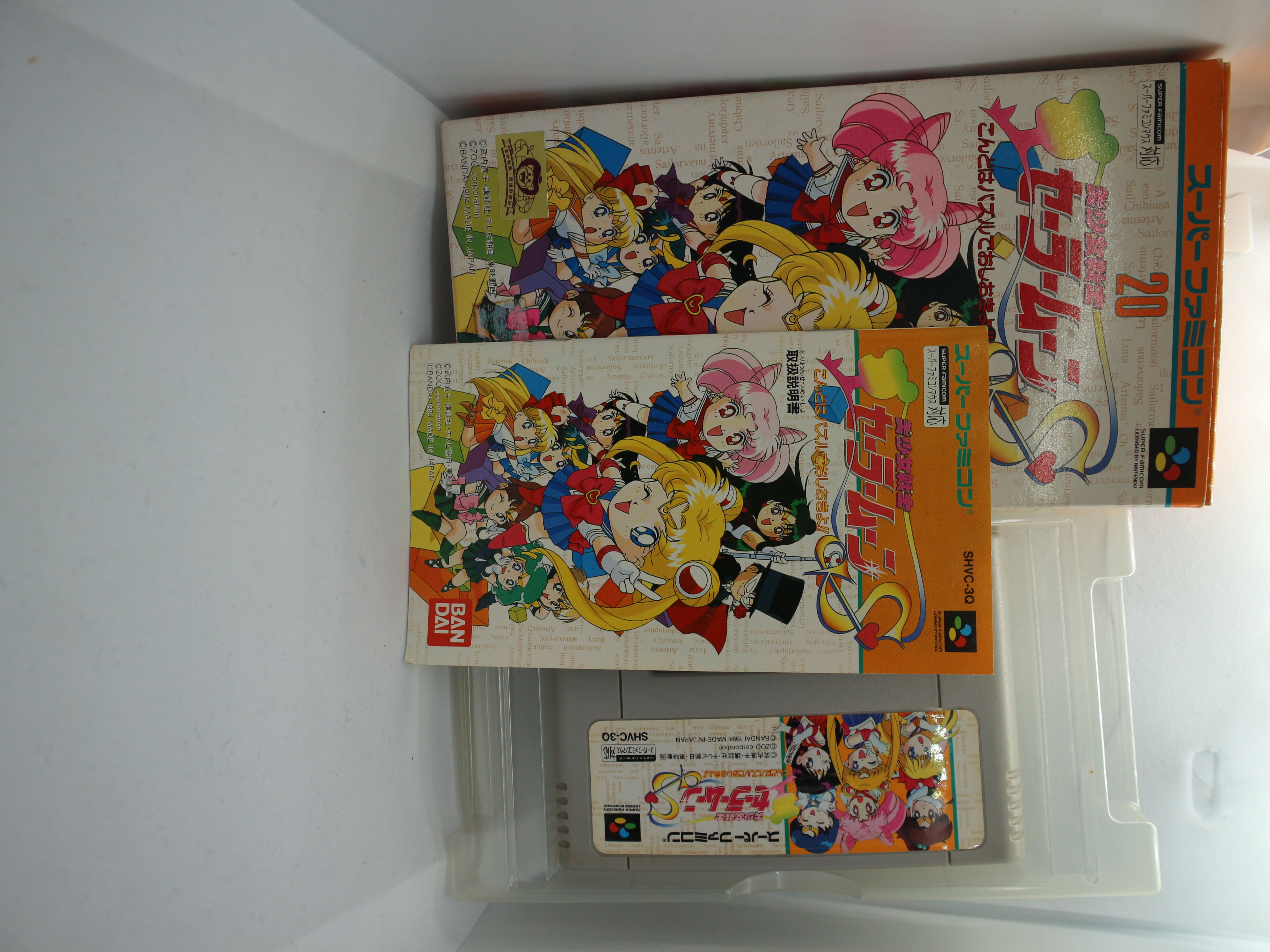 Bishoujo Senshi Sailor Moon S: Kurukkurin is a competitive puzzle game featuring Sailor Moon licensed characters. Upon choosing a character (each with unique special moves), the player competes against an opponent. Each player controls a grid of 10x6 sections (represented by hearts) initially made up of clear hearts. The player moves their cursor over the clear hearts to turn them into one of four colors: red, yellow, blue, and green. Sometimes treasures will show up on the board. When several hearts of the same color are adjacent to one another, the player can clear them... which pushes all the hearts (and treasures) down towards the bottom. The goal is to be the player with the most treasures to end the round. Sailor Moon characters featured are primarily from the S Series and includes: Sailor Moon, Sailor Mars, Sailor Mercury, Sailor Venus, Sailor Jupiter, Chibius, Tuxedo Mask, Sailor Neptune, Sailor Uranus, and Sailor Pluto. Bishojo Senshi Sailor Moon S Kurukkurin | Anime Game | Anime Games | NTSC | NTSC-J | NTSC J | Japanese Import