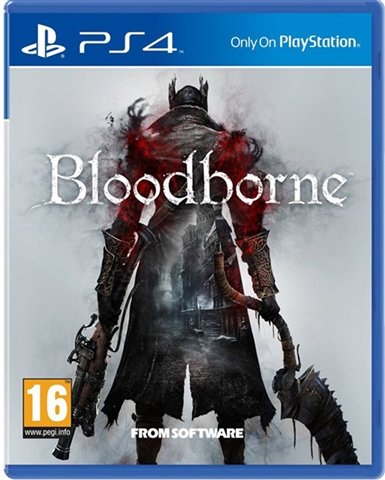 To say From Software's Demon's and Dark Souls games hit big is something of an understatement. Many consider them to be among the greatest games ever released, and the impact they've had on the role-playing game genre has been huge. They stepped away from the tropes that have kept the genre alive for so long and put the emphasis firmly on the player's skill, smarts and grit. And, while everyone's attention was on Dark Souls II, director Hidetaka Miyazaki and From Software's A-team were making the PlayStation 4 exclusive Bloodborne. Certain elements from the Souls games make a return. You collect blood echoes from fallen enemies rather than souls, dying is quite similar and movement can feel similar. While these are commonalities, however, Bloodborne does much to set itself apart. The most obvious change is in the environment. The game shifts from a medieval world to one that splices Victoriana with gothic horror. Technology of the industrial revolution litters the environment. So, in many cases, do severed limbs and prone corpses. The developer has really gunned its engines on the environment, opening things up with wide open spaces and twisted, labrynthine interiors. The biggest shift in combat comes in the form of the gun. This effectively replaces the shield in the Souls games and shifts the balance of combat. Where the Souls games were about carefully balancing offence and defence, Bloodborne is all about going on the attack. It's a much more aggressive style with little room for a shield. Things are faster, too, with a new dash move enabling sweeping rushes around enemies while locked on. Melee weapons can be used in two ways, with each offering a fast, close quarters attack and a slower, more powerful, ranged attack. While some things have changed since the Souls games, there is of course one thing fans can count on - Bloodborne is fiendishly challenging and sure to provide players with plenty of meat to sink their teeth into.