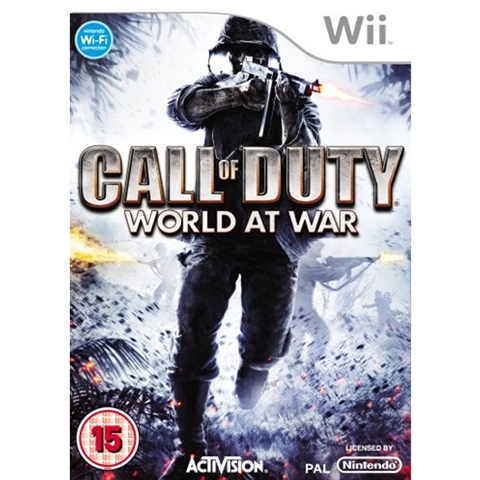 Call of Duty: World at War has a lot to live up to. The venerable Call of Duty franchise was taken to new heights by Infinity Ward's Call of Duty 4, and expectations are high. So, what does World at War, developed by CoD3 developer Treyarch, have to offer? Well, it has a rock-solid foundation, for starters. The game has been built using the Call of Duty 4 engine, so expect the same cinematic visuals and tight control of CoD4. You'll really see it in action with the likes of the flamethrower, which adds fire into the mix as a new dynamic to play around with. Treyarch has also gone back to the war that made the Call of Duty series famous - WWII. Rather than tread the same old battlefields, however, players will be thrust into the muddied boots of Russian and American soldiers on multiple fronts. A heavy emphasis has been put on the Pacific Theatre, meaning players will have to take on Japanese soldiers deploying kamikaze attacks, ambush tactics and Banzai charges. New to the series is co-op play, which will let players experience the camaraderie of the frontline as they get involved with a mate through the entirety of the single-player campaign with drop-in/drop out play. Naturally, this will be joined by competitive multi-player that builds on the success of CoD4. The world needs you for fighting duties again. Time to step up.