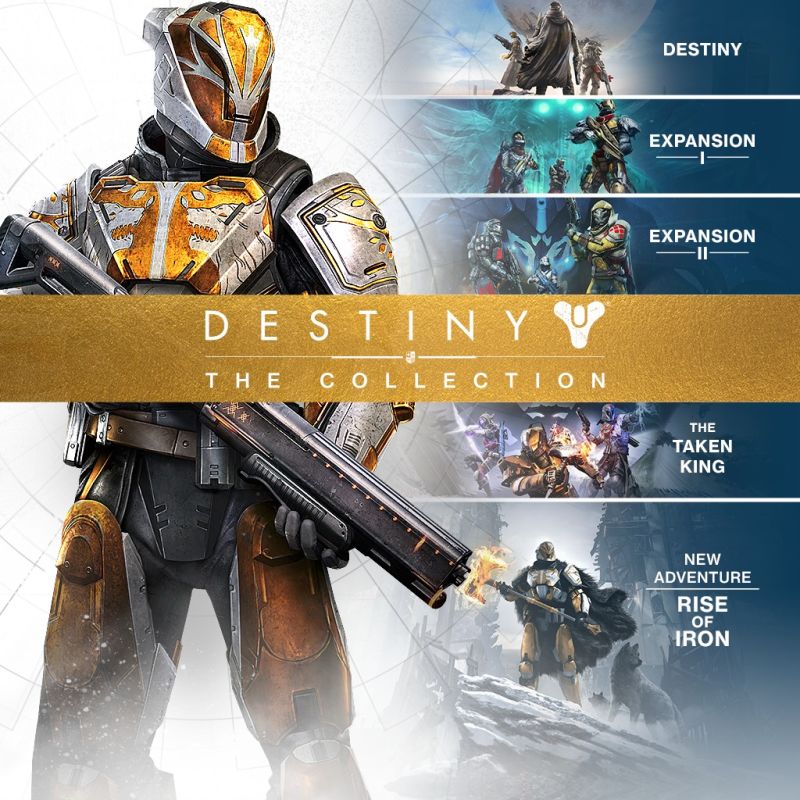 Destiny: The Collection combines all content for the game Destiny in a single package. It includes: Destiny (base game) Destiny: Expansion I - The Dark Below (DLC) Destiny: Expansion II - House of Wolves (DLC) Destiny: The Taken King (DLC) Destiny: Rise of Iron (DLC) Iron Gjallarhorn and Iron Gjallarwing Sparrow (Rise of Iron pre-order bonus DLC) Character boost to level 40 While all content was previously also available for PS3 and Xbox 360, Destiny of Iron was only made for PS4 and Xbox One, so PS3 and Xbox 360 do not have this The Collection edition. The DLC Destiny of Iron was launched simultaneously with this edition. There are options to upgrade to this The Collection edition.