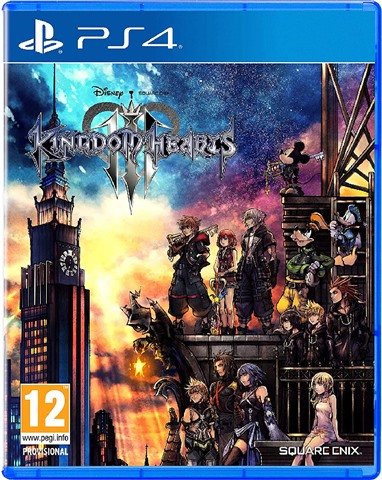 Console Game Kingdom Hearts 3 - PS4: 88% The unconventional joining of the Square Enix and Disney-Pixar worlds finally brings a long-awaited full-fledged sequel. The third sequel to the thrilling Kingdom Hearts III RPG is based on two previous and very successful tracks. Look forward to an enhanced graphical interface built on the traditional and popular Unreal 4 engine. Playing in a familiar environment Kingdom Hearts III continues the stories of Sora, Riku, Gooby, Mickey and others. The fate of not only these characters will take place in a completely unexplored fairy-tale environment, where it will just be performing tasks to fulfill. The main character of SoraKingdom Hearts III is set in the vast worlds of Disney and Pixar, following the journey of a hero named Sora, a young boy, and an unsuspecting heir of immense power. By the side of him, Donald and Goofy become the Duchess to build together a devilish power known as Heartless.