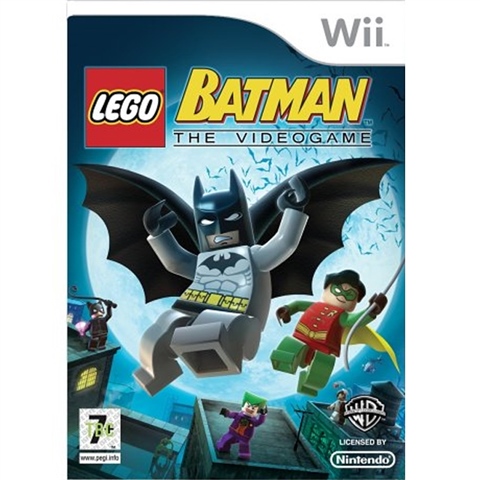 The Dark Knight (or Caped Crusader, depending on your Bat-era) is back! It's not the Batman game you might have expected in the same year as Chris Nolan's grim 'n' gritty (and massively successful) film, but it should have more than enough to give fans of running around dressed like a flying rat their fill. The game puts players in the plastic cowl of the Dark Knight and sets him about recapturing a bunch of crazies, including The Joker, The Penguin, Catwoman, Scarecrow, Killer Croc, The Riddler, Mr. Freeze, Harley Quinn, Two Face, Bane, Clayface, Poison Ivy.. the list goes on. See, these pesky crazies have gone and escaped from Arkham Asylum, and you don't get put in there for being nice. It'll all be done against the backdrop of a Gotham City built of.. well, it's not Meccano. LEGO Batman features heaps of vehicles to drive around, such as the Batwing, Batboat and the Batmobile. It also offers two player co-op, enabling a friend to jump in as the Boy Wonder. If the prospect of playing as the heroes doesn't do it for you, fear not! The game also includes levels that you'll play as Batman's nefarious nemeses.