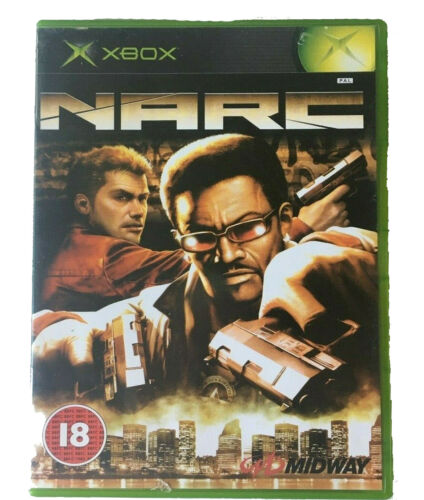 NARC is a 3rd-person shooter that has the player tracking the distribution of the deadly new narcotic "Liquid Soul" across two different cities in Asia and the U.S.A. The player controls one of two characters - Narcotics detective Jack Forezenski (voiced by Michael Madsen), or D.E.A. agent Marcus Hill (voiced by Bill Belamy). Both are led by Narcotics chief Joe Kowalski (voiced by Ron Pearlman), and the player switches between the two as the story unfolds. As an undercover cop, players are free to roam the streets and dispense justice at their discretion. Aside from storyline missions, players can encounter 12 types of randomized street crimes and stop them to boost their "badge rating" (loosely, a measure of their trust within the police). Players can likewise flash their badge around to cause perps to surrender or run. Criminals that resist must be beaten in a small "struggle" minigame to get cuffed. Players can also arrest alleyway drug dealers and deposit their drugs safely at the station.