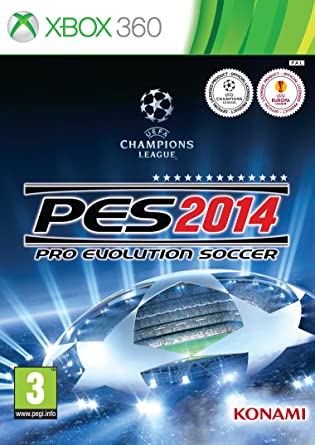 The PES Productions Team based in Tokyo have been developing a new approach to football for four years and have confirmed their new system uses Kojima Production's renowned Fox Engine - which is also being used in the forthcoming Metal Gear Solid V The Phantom Pain. The new Fox engine offers a lot of improvements over previous titles in the PES series. The first thing to note is the visual overhaul. While PES 2014 still has the series' distinct look but the colour palate has been brightened somewhat. It's not just the look and feel that have been updated however, every aspect of PES 2014 has been totally reworked. Players look real in build and movement and there are moments where you might lose yourself in the game completely. Players are recognisable instantly by stances, models and animation. Also improved is Ball movement. Balls react realistically to each deflection or mis-control. They ping off posts and heads in random directions to both to defenders or attackers, and even to groups of players who are eager to fling their legs leatherwards. As well as the old favourite Master League, PES 2014 also sees first appearance of the recently-signed Asia Champions League, adding a wealth of officially licensed clubs to the competition; and the new game also retains its use of the UEFA Champions League club competition. Become a Legend mode is also maintained enabling the gamer to work their way up to international game as part of a wider AI team. With newly enhanced player AI and individual and team movements improved too, PES 2014 aims for a realistic approach both in terms of its looks, its player and ball controls and its team rosters. In terms of online modes, Master League is ready to enable the player to compete against the world. 11 vs 11 game play will arrive via a patch.