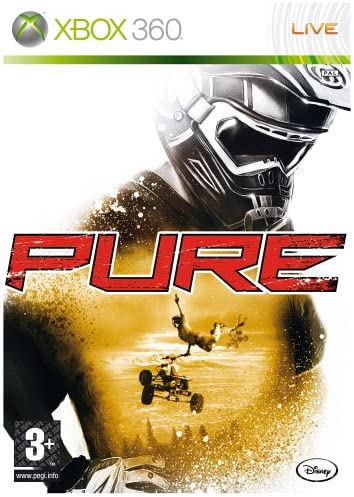 Developed by Black Rock Studio, Disney Interactive Studios' award-winning development studio in Brighton, England, Pure takes quad racing to a new level, featuring massive jumps and spectacular airborne tricks in memorable, photo-realistic settings all over the globe. Featuring never-before-seen, vertigo-inducing massive aerial jumps in real-world quad locations, Pure delivers heart-pounding off-road racing unique to the genre. Players start by choosing among a variety of male and female character riders. They can then either race against deft A.I. opponents or online players (up to 16-player multiplayer) in frenetic races and freestyle competitions all over the world. The studio continues to be advised throughout development by Wes Miller, pro rider and the founder of H-Bomb Films, known for showcasing his team's incredible stunts. Miller has been involved with development to assure the game adheres to the quad culture and authenticity but still allows creative liberties.