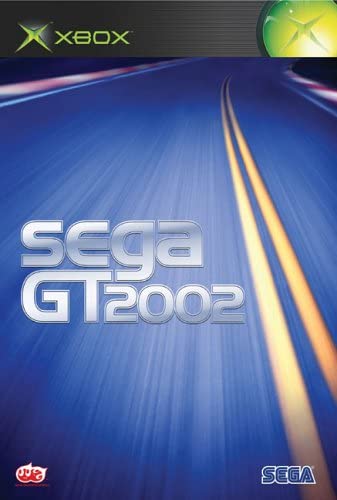 Microsoft Xbox fans, a growing breed we reckon, have been deprived of an authentic racing experience so far. That's about to change with the arrival of Sega GT 2002. True, there have been road racing titles for the big black box before: Project Gotham Racing was pretty good, and Burnout rocked our world, at least until its sequel came along. However, Sega GT 2002 follows the Gran Turismo formula. Project Gotham's kudos are absent, and pranging your motor a la Burnout scores minus points - Sega GT 2002 starts you off with a cheap car, and the rest is in your hands. The game apes Gran Turismo right down to the nitty gritty of days/hours spent behind the virtual wheel, the licence tests, and the prize money and trophies on offer. With four race modes it's the Sega GT 2002 mode that is the true test of a driver's mettle; winning races means earning money, thus allowing you to upgrade your vehicle or buy a new car, essential to progress in the game. Players can showcase cars in the Virtual Garage alongside trophies and pictures from the race. The grunt of the Xbox should match the grunt of some of the real-life cars in the game (there are around 125 cars available to buy and race in Sega GT 2002) but in reality looks no better or worse than a similar game on the GameCube or PS2. The way the cars handle on the road has been very well implemented - as in GT3, a heavily-built Ford Mustang handles a lot differently to a pocket rocket Lotus Elise, so placing more of a demand on the player as they accumulate a number of models of car. The one outstanding thing that Sega GT 2002 doesn't borrow from Gran Turismo is the computer drivers. They are tough competition, no mistaking, and we recommend that you get plenty of practice laps in before you embark on a 'career' in racing. Car physics are tricky to get to grips with at first, and of course, switching from a 1970's Toyota Celica to a Dodge Viper, well, let's just say that it can be difficult to make the adjustment. It's about time that the Xbox got the in-depth racing game that it deserves and Sega GT 2002 is it. Let's face it, if it's got Sega's name on it, it has to be good, and if there's such a thing as a gamer without a next-gen Sony or Nintendo console, then their definitive racer is here.