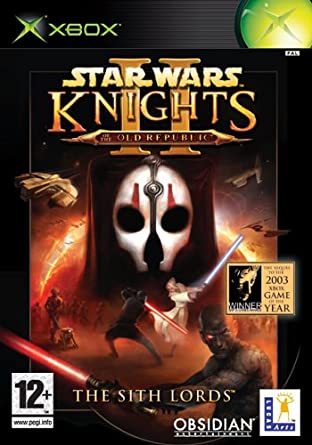 Already released on Xbox in December 2004, Knights of the Old Republic II finally comes out on PC. Developed by Obsidian Entertainment using the same engine as the original (the first game was developed by Bioware), the story picks up five years after the first KOTOR game, which received various 'Game of the Year' honours. The player is the last hope of the Jedi, and Sith assassins are hunting him down. Like its predecessor, this game is an action RPG, and, according to the publishers, should have about 45 hours worth of gameplay. The background to the story is the dwindling might of the Old Republic and the burgeoning power of the evil Sith Lords initiates of the Dark Side of the force who are tearing the galaxy apart. Like the original, the gameplay fuses real-time and turn-based mechanics - though the game appears real time, the players attacks and actions are limited by a turn-based protocol operating below the surface, to ensure that careful thinking before movement is required. Also like the original, the player character starts largely skill-less and must build up their abilities before plunging into the storyline. They also have the ability to choose between Good and Evil at various points in the game, which has an impact on how good or evil their character turns out to be! This in turn influences the alignment of characters around them and affects the information they may give them. Different choices taken along the route through the game will affect the character's development, as well as the eventual end of game scenario; quite strongly too.