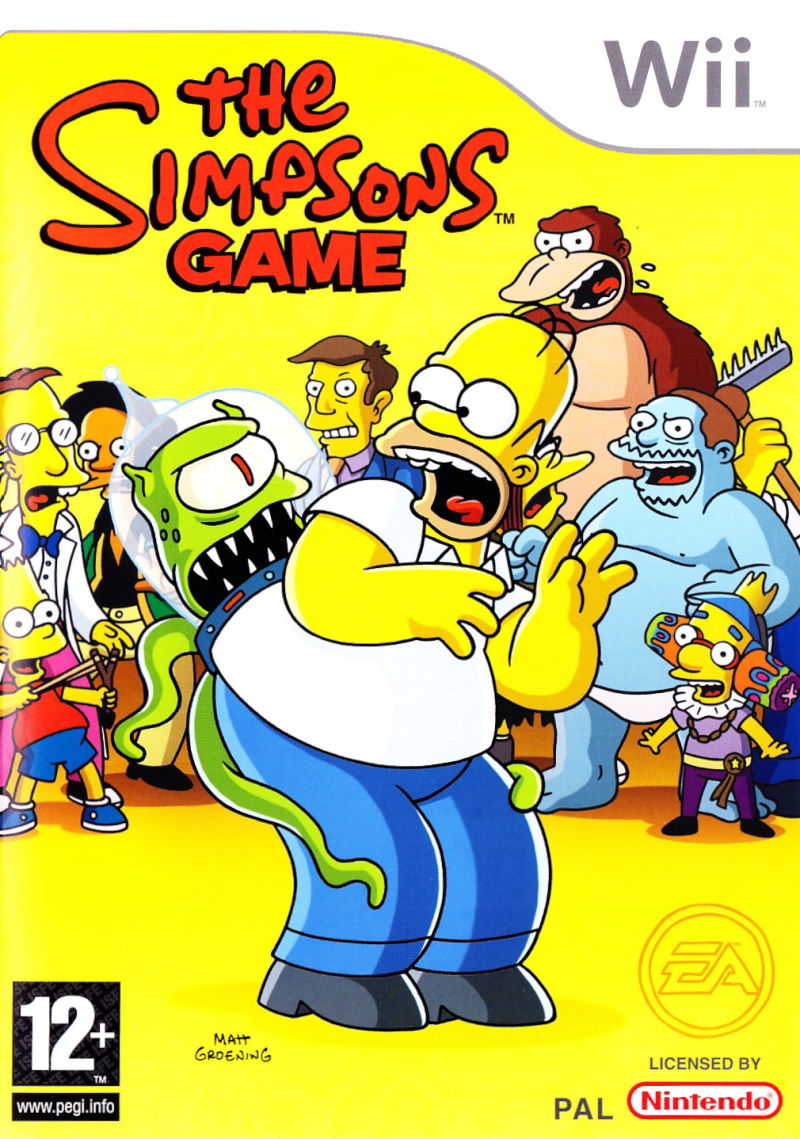 The Simpsons Game is a 3D action game with platforming and light puzzle-solving elements, based on the long-running cartoon. The game is divided into sixteen episodes, each containing cutscenes reminiscent of the original Simpsons TV series. Every episode is set in a different environment; some of the scenarios are based in Springfield, while others take the player into meta-virtual worlds. Some of the episodes parody a popular game or genre, having names like Medal of Homer or Neverquest. Each stage features two members of the Simpson clan working together to achieve the goal. Players must switch back and forth using each family members' unique powers to complete the level. Most of the game's versions allow two-player cooperative play.