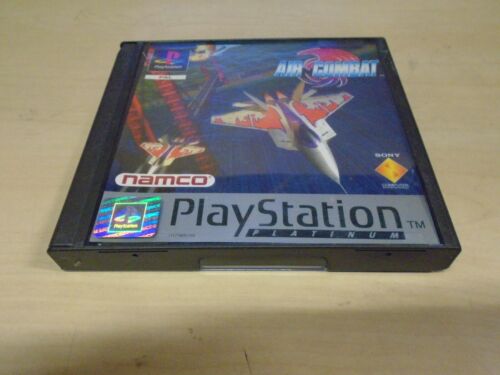 You play as a freelance mercenary hired by world governments to strike against terrorists. The missions get harder as you proceed, but the money you earn for completing each mission makes it worthwhile. You can purchase additional aircraft and arms as you go along, as well as hire wingmen to make the going easier. Combat flight simulator in which you play a mercenary pilot who hires his combat skills to several corporations, governments, etc. in order to get cash for weapons & upgrades. The game progresses through a series of linear missions, and has a 2 player split-screen deathmatch mode plus a series of extras like hidden planes, mini-games, etc. An arcadish combat flight simulator for the Playstation. The game casts you as a mercenary that hires his piloting skills to a set of organizations, governments, etc. in order to receive cash to buy better weapons & upgrades. The game is played from either a first person or 3rd person perspective a la Afterburner, an has a standard single player mission-based campaign as well as a deathmatch-like 2 player mode. Also included are a series of hidden planes as well as some hidden mini-games. Plus, as in other Namco games, you can put in your own music cds to play as you fly the missions.