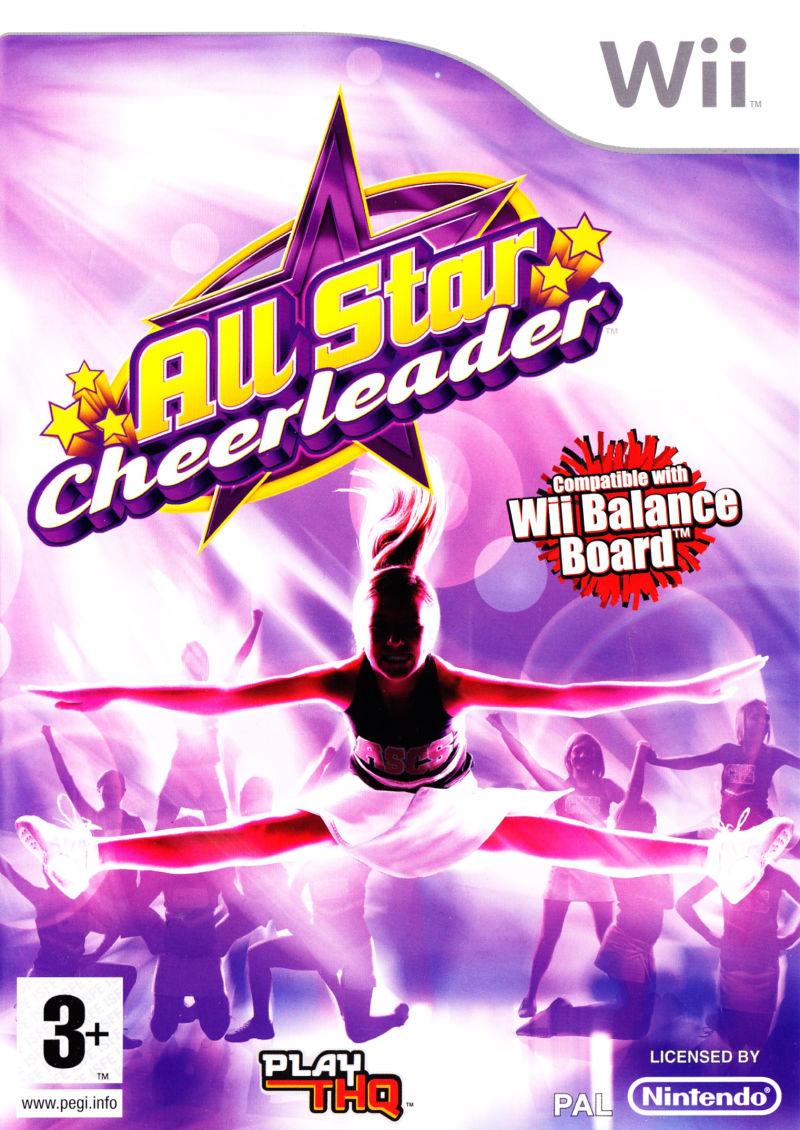 All Star Cheer Squad allows players to participate in the competitive sport of Cheer, combining traditional cheerleading, dance, gymnastics and squad based teamwork. Players create their own avatar, learn cheer and dance moves, compete against individual team members and ultimately compete against other squads. The player's goal is to become captain of his or her squad and eventually lead the squad to win all of the competitions in the single player campaign. Use the Wii Remote, Nunchuk and Wii Balance Board to perform dozens of real-world cheer/dance moves. Latest cheer action and top routines designed by Tony G, world reowned cheer choregrapher, best known for his work on the "Bring It On" movies. Learn new moves and choreograph your own cheer routines to music. High-energy Gameplay: Take part in squad competitions and one-on-one cheer-offs. Customize cheer squads: Choose the look of your team including facial features, hair and outfits. Follow a year in the life of a cheerleader: Start with try-outs and grow your all-star squad to be the best as you lead them to the championship as Cheer Captain.