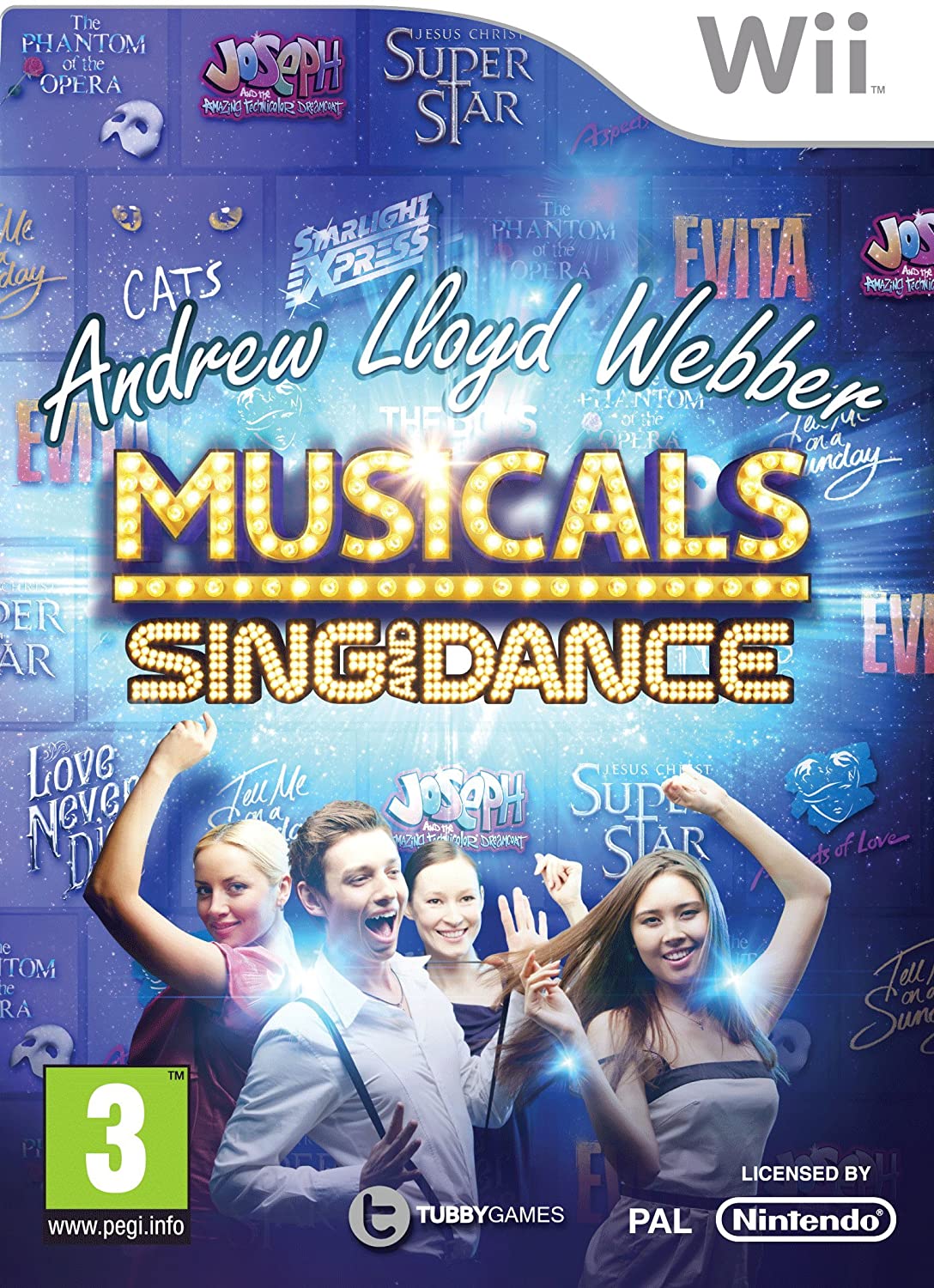 Andrew Lloyd Webber is synonymous with the modern stage musical. The legend behind such hits as 'The Phantom of the Opera', 'Sunset Boulevard', 'Evita', 'Cats', 'Joseph and the Amazing Technicolor Dreamcoat' and 'Jesus Christ Superstar' is now at the centre of a rather unique music gaming experience. As the name suggests, Andrew Lloyd Webber Musicals: Sing & Dance puts you in the shoes of the acting stars behind some of Webber's most successful shows. Classic stage songs such as 'Don't Cry for Me Argentina', 'Memory' and 'Any Dream Will Do' are included, and in-game performances will feature the recording talents of artists such as Elaine Paige, Michael Crawford, Boyzone, Donny Osmond, David Essex and Sarah Brightman. 32 classic songs and dances are packed into this title, spanning 13 musicals and three distinct game modes. Do you prefer to dance in the leading role, or to sing? Or would you rather take a chance at the Career, and try to follow in the footsteps of all the famous performers that have gone before you? Whichever you decide, you can have fun alone or with your friends and family - a four-player multiplayer mode is included for some competitive play. See if you can be the king or queen of the living room!