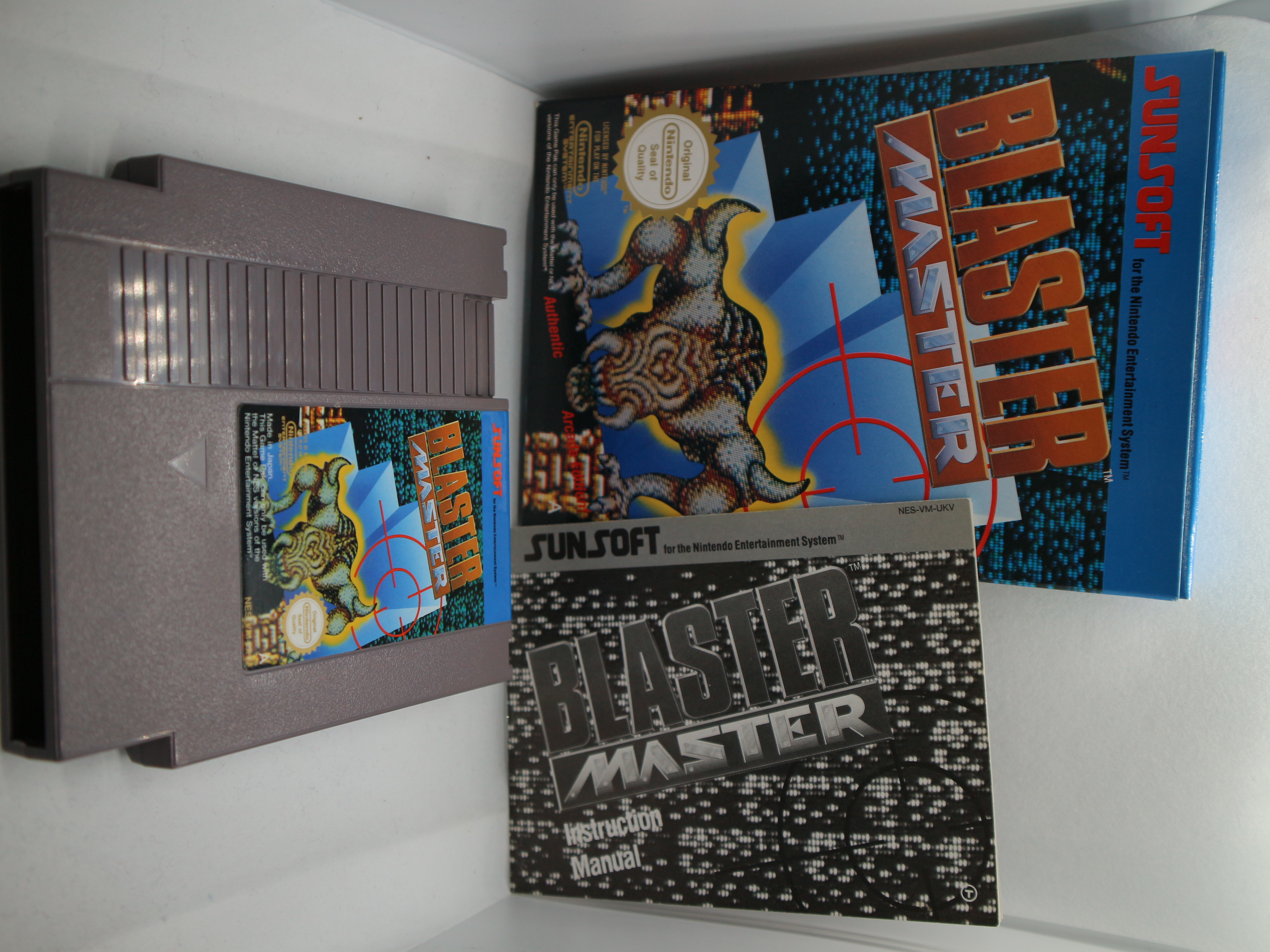 CONDITION GOOD /VG The game begins with a classic story of a boy and his frog who runs away, becomes radioactive and jumps into a hole. More importantly however, it is a story about a boy named Jason who finds a fully functional battletank, SOFIA the 3rd, and goes adventuring around the underground. His mission is to find new weapons and add-on parts to the battletank, which will in turn allow him to explore more areas until eventually he finds that freedom-loving mutant frog. And while he's down there he might as well defeat the Evil Plutonium Boss who wishes to threaten the Earth. Blaster Master is an action game that mixes platform and overhead segments. Most of the platforming levels are spent in the tank, which can fire its main cannon as well as secondary weapons with limited ammunition: homing missiles, lightning ball, and warhead missile. The tank cannot access every area in the platform levels; in order to advance, Jason often has to step out and explore on foot.