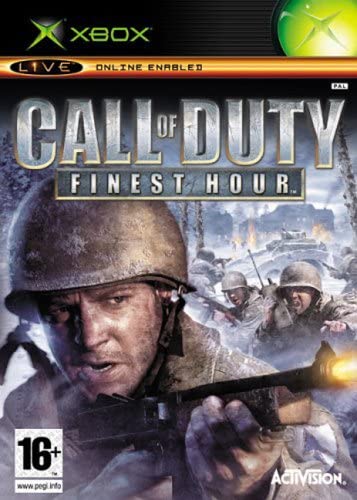 Even though there's an abundance of World War II shooters already available, the demand for such games is bigger than ever, as proved by Call of Duty amongst others. And continuing this FPS trend is Finest Hour, the first console version in Activision's epic and formerly PC-exclusive series. A brand new game in its own right, Finest Hour pits players in a wealth of World War II scenarios played from several unique perspectives. Taking players to the frontlines to experience the combat and intensity of the historic event, players will quickly find themselves amidst some of the War's most crucial times. With regards to game structure, Finest Hour is surprisingly linear. As a skilled soldier, players will progress through several missions in the game's 'umbrella campaign' before switching to another troop for several further missions and so on. Individual missions are straightforward, and largely follow a set path that is predominantly littered with enemy troops and traps. But these are easily tackled with an arsenal of authentic weapons that happen to include pistols, machine guns, sniper rifles and grenades. And players needn't worry about depleting their ammo supply either, since most enemy troops leave behind a plentiful supply. The single-player game, though fairly routine, is a lot of fun. But it's the multi-player option that really makes these games what they are, and Finest Hour accommodates anything up to 16 players online in both competitive and co-operative modes. There's the obligatory Deathmatch game, team-based modes and headset functionality for voice support. As the first in the series for console, Finest Hour is a respectable title, and we're sure it won't be the last.