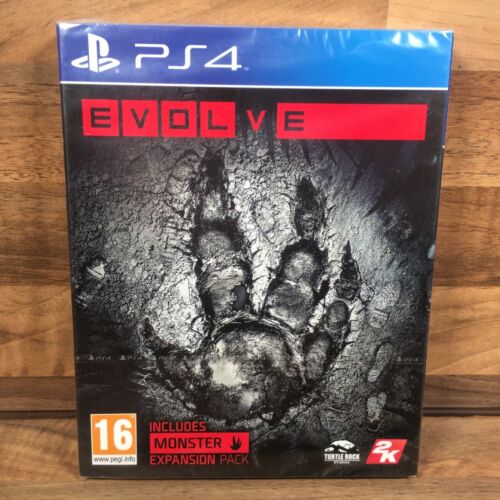 To say that Evolve comes with a pedigree is an understatement. Coming from Left4Dead developers and horror co-op luminaries Turtle Rock, Evolve is a shoot-'em-up with a difference. The game pits four players against one monster. While you're teaming up against the monster, you'll be playing the game from a first-person perspective. The real twist, however, is that you can also play as the monster itself, taking things into a third-person mode and massively changing the way you play. As a hunter, teamwork is key. There are four different classes (Trapper, Support, Assault and Medic) and putting together the right group to combine those different skill sets is crucial if you want to succeed. Of course, given that you can step into any number shooters and start.. well, shooting things, it will be playing as the monsters that will be the big draw for some. Needless to say, Turtle Rock has an interesting array of nastiness for you to control. Take, for example, the Wraith. This horrible creation has a nasty habit of teleporting along lines of sight. Spinning out of this are a disorienting abduction abilitity and the warp blast. In addition, there's the decoy move, which produces a hologram to further disorientate your enemies. Or perhaps you prefer the beefed-up Goliath, or the Cthulu-esque Kraken.. While the core of the game is men versus monsters, don't forget about the environment. The planet Shear is hostile to man and beast alike. While Evolve is certainly a multiplayer game at heart, there is the option to play solo if your friends are busy and you don't fancy playing with strangers. Capable AI can take on the role of the other combatants, and if you're playing as a hunter you can swap into the role of one of your teammates at any time. But, while AI is all well and good, it's the player that's the real monster in Evolve.