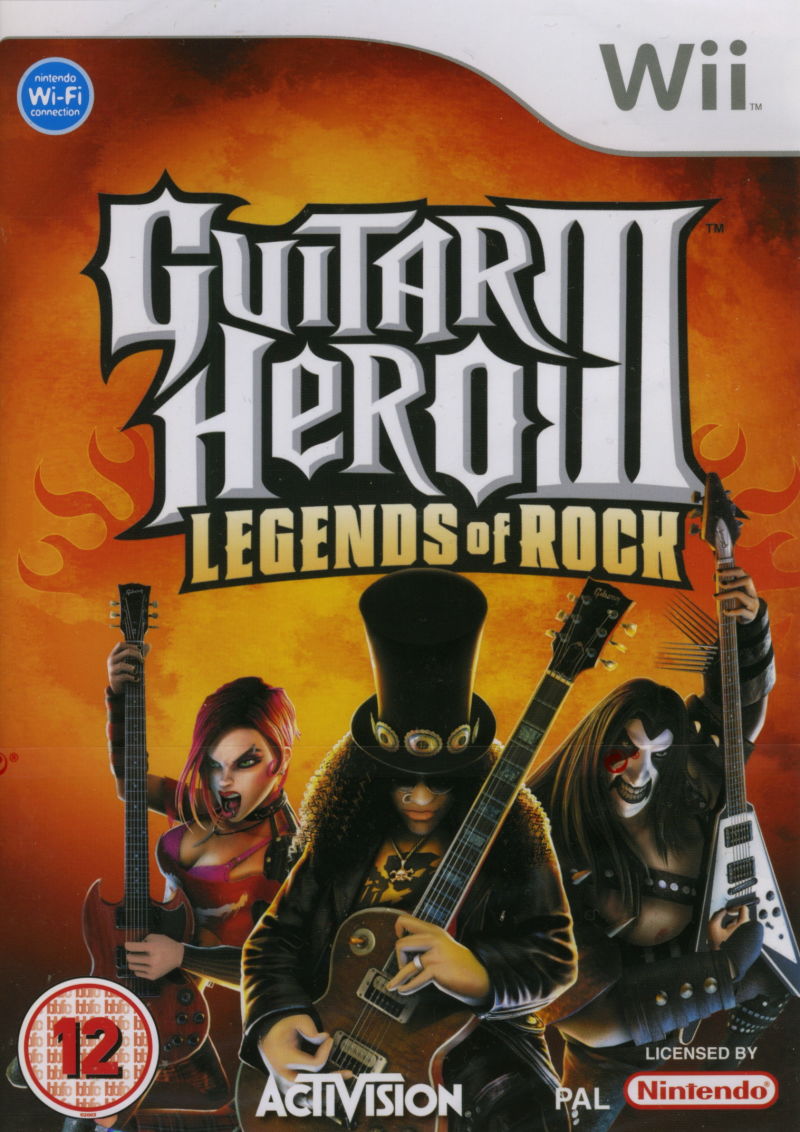 Guitar Hero III: Legends of Rock is the third full game in the Guitar Hero series and fourth game overall. The gameplay remains similar to the previous games: using a guitar-shaped controller, you need to coordinate pressing the five fret buttons and strumming to the scrolling notes on screen. Missing notes will cause your performance meter to drop; if the meter drops too low then the performance is a failure and you will need to try again. This edition of the game features 71 new songs to play from various artists including Cream, The Rolling Stones, Black Sabbath, Aerosmith, Guns N' Roses, Santana, Sonic Youth, Weezer, and many more. In addition to the available songs the game also features "boss battles" against famous guitarists such as Slash, Tom Morello and Lou the Devil. Several game modes are available including career mode, co-op mode, and multiplayer mode. In addition to the main game modes, training and practice modes are available to aid in learning the game or figuring out a tricky passage in a song. In career mode you play the part of a wanna-be rock star. Beginning with easier songs in small venues, you need to successfully complete tracks to make your way up to a superstar. Each venue you play requires a certain number of songs to be performed before you can move on to the next larger venue. Successful completion of songs also earns money which can be used to unlock characters, outfits, new guitars, and other bonuses. The co-op career mode is similar to the single player variation, except two players work together (one on lead guitar, the other on bass or rhythm guitar) to complete songs. The multiplayer game modes allow two players to compete against each other. In the Face-Off variation, two players take turns performing a song. The Pro Face-Off variation allows two players to compete at the same time playing the exact same note chart. Finally, in the battle mode each player can earn power ups by performing well which can be used to disrupt the other player. Guitar Hero Franchise | Guitar Hero Wii | Guitar Hero 3