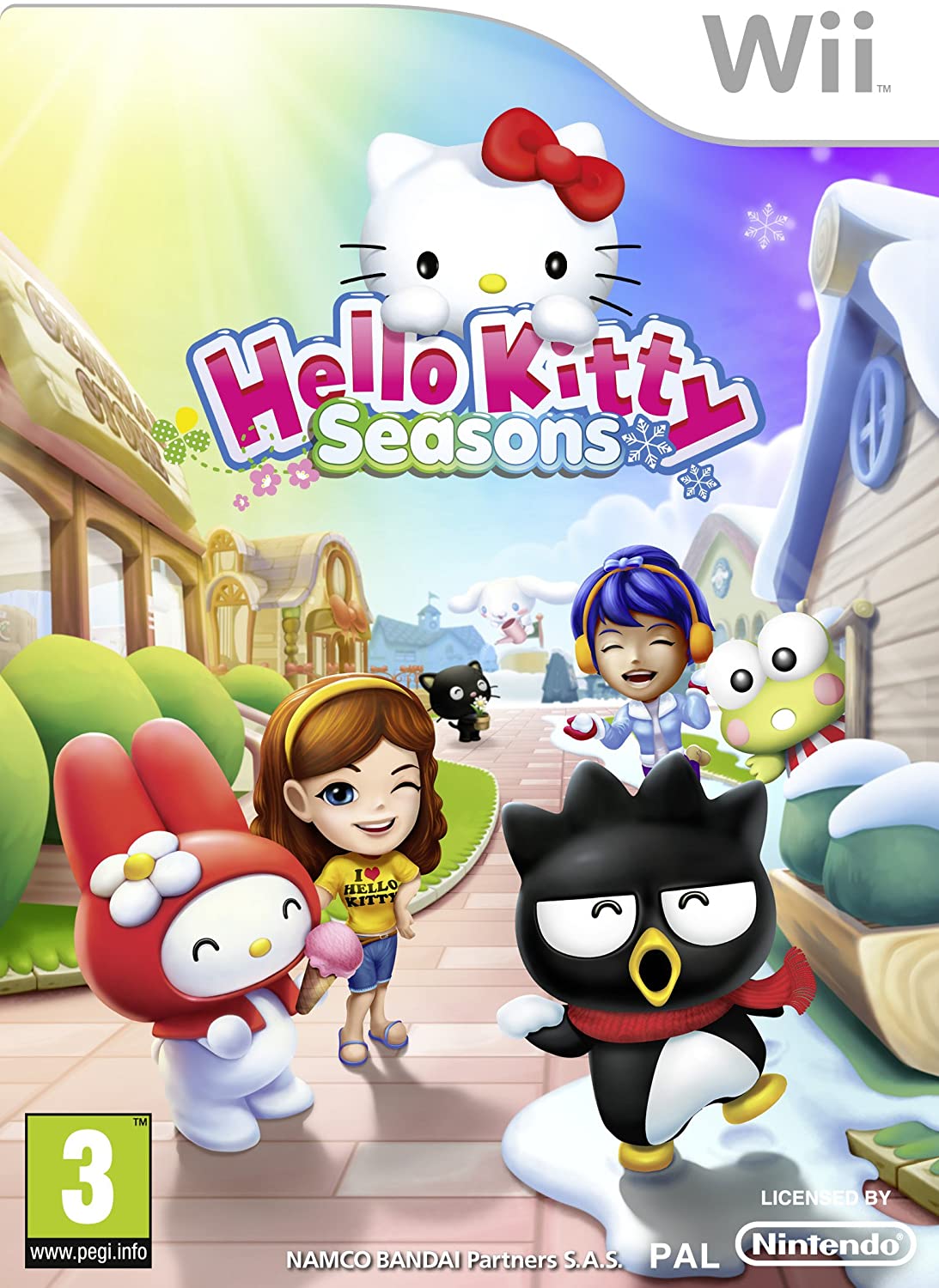 In Hello Kitty: Seasons the players gets to design a character that is appointed deputy mayor of Sanrio Town, under the guidance of Hello Kitty, in the game's Adventure mode. The character can freely move around the town and gets to talk to different characters to receive quests and help out, similar to the Harvest Moon or Animal Crossing series. The game uses the cycle of four seasons and each season takes ten in-game days, except for the first year that acts largely as a tutorial with three-day seasons. To move on to a new season, a number of mini-games have to be completed as they advance time by one day each. Walking around town and completing regular tasks does not advance time. The look of the town and the environment, the characters and the tasks change based on the season. The game is shown from a third-person, almost-top down view with a fixed, isometric-like camera view and movement. Quests are often based on different types of items that can be collected. Characters can often turn items into something different, for instance turning fruit into jam, and resources can eventually be used to upgrade the town. Competing in the mini-games is rewarded with coins as a currency. Money can be spent at shops to buy and wear new clothing items. Later on blueprints can be used to improve stores and earn new types of rewards. Activities and mini-games include chopping wood to collect it as a resource, planting seeds and then watching trees and plants grow in later seasons, catching butterflies, fishing, snowball and water fights, collecting and handing out presents, collecting cards, a curling-like game, playing basketball, using a claw machine, making ice-cream, cleaning the school by vacuuming all the dust etc. Some mini-games are tied to specific seasons and these often take place in a separate screen or using a different viewpoint. For instance during spring cleaning in the elementary school you toss toys at helpers from a first-person perspective. The game supports multiplayer for up to four players in a separate game mode based on the different mini-games. Players can create a playlist of specific mini-games. A third option in the main menu called My House stores all collected items. The game is entirely controlled using the Wii Remote and the cursor is represented by a magic wand.