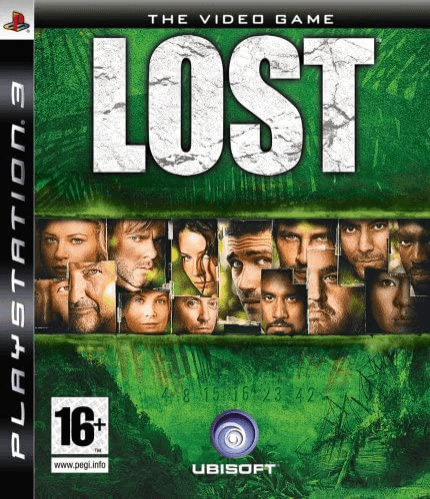 Oceanic Flight 815 out of Sydney, Australia is mysteriously brought down out of the sky and crashes on an uncharted island somewhere in the Pacific Ocean. The survivors quickly learn they must band together in order to have any chance of rescue, because the island is treacherous and holds many secrets. And as they will soon find out, the survivors have secrets of their own. Like the other castaways, the lead character in the game has a shady past that has brought him to the island, and he must redeem himself in order to find a way home. At the beginning of the game, the photojournalist is suffering from amnesia and needs to find out who he is through playable flashbacks, interacting with other castaways, and exploring the island. Talking to the other castaways is vital for your survival and helping you to find out who you are and how you got there. As you approach someone, you'll be able to initiate a conversation if the appropriate button appears. When you enter into a dialogue with a survivor, you'll have a selection of categories and subjects to talk about. Pay careful attention to what they have to offer and they might just point you in the right direction. Your inventory is also important, and comes in the form of an on-screen backpack. Valuable items such as coconuts and bottles of water are collectible and can be made available for trading purposes. You are on a secluded island after all, and cash money is no use at all. Certain characters - especially Sawyer - are very astute at trading, and can usually help you out..at a 'price'. Lost couldn't possibly follow the path trodden by the television series: it's too convoluted by far, but the game does a fair job of invoking the impression of uncertainty and looming dread that TV watchers will be familiar with. Whether viewers will take to the videogame and its genuinely immersive atmosphere remains to be seen. If you want to relive the early days of Lost, this gives you the chance to be a virtual survivor without getting sand between your toes while still having to sort out the puzzles and mysteries that the island offers.