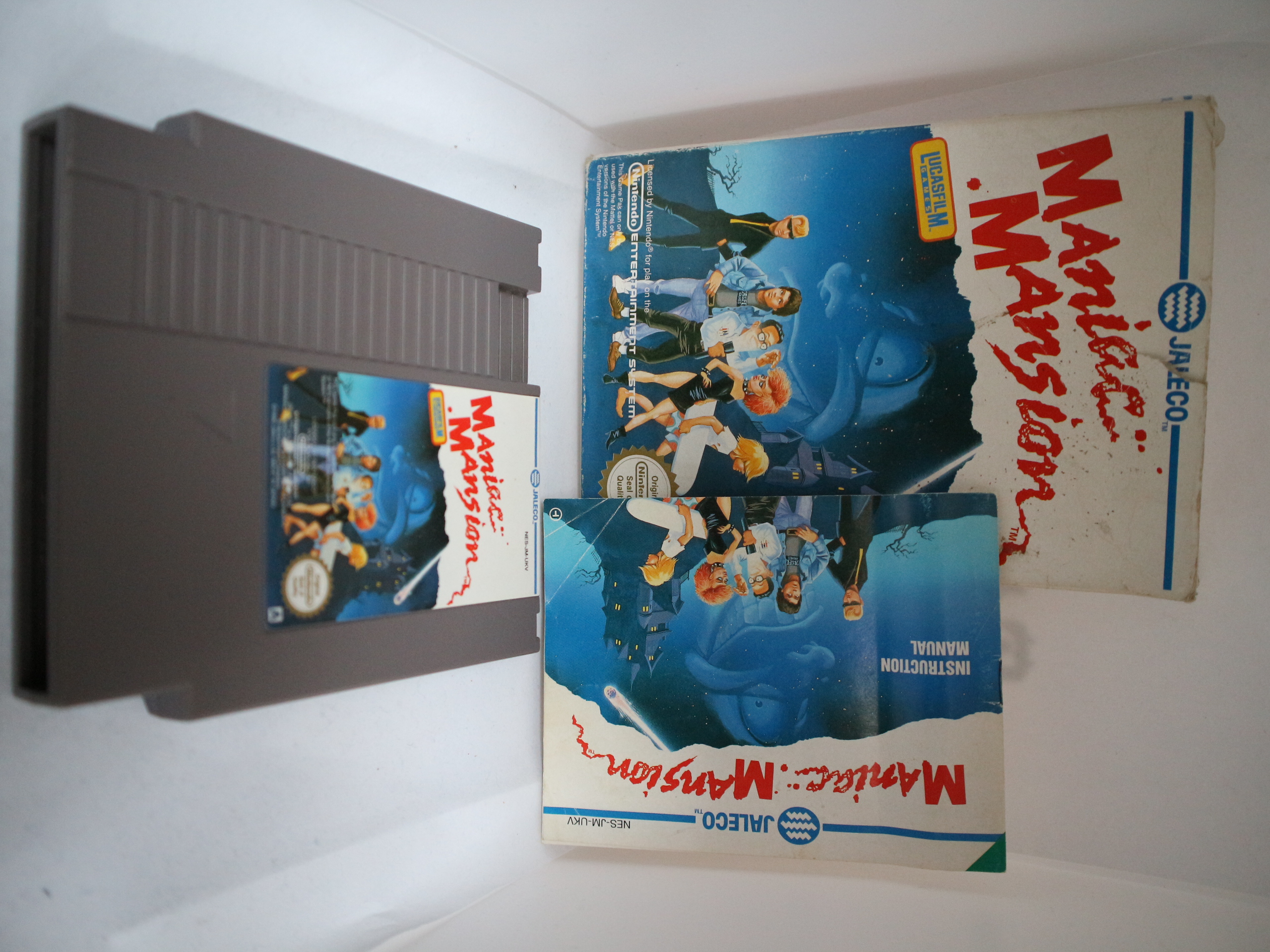 CONDITION GOOD SMALL TEAR ON FRONT The Edison mansion has always been a creepy old house on the edge of town. There have been rumors of strange experiments going on and of odd creatures living amongst the Edison family. There is even a story that a meteorite once crashed near the home nearly 20 years ago. More immediately, a girl named Sandy has gone missing from the local highschool and her boyfriend Dave swears that he saw Dr. Fred abducting her. Dave knows that he cannot do it alone and will need help from two other students if he has any hope of infiltrating the mansion and rescuing Sandy. Players start by choosing two students to accompany Dave to the Edison mansion, and can then switch between these three characters at will. Most actions are carried out by selecting verbs on the screen and applying them to an object (such as "OPEN Door"). Each character maintains a separate personality and may have a different way to solve a problem from his classmates. Thus many of the puzzles can be overcome in different ways depending on the character being used. If any one of the kids are captured by the Edisons, they are thrown into the dungeon and must be rescued themselves by any character who still has their freedom. | NES| |Platform| |Jaleco| |Action|