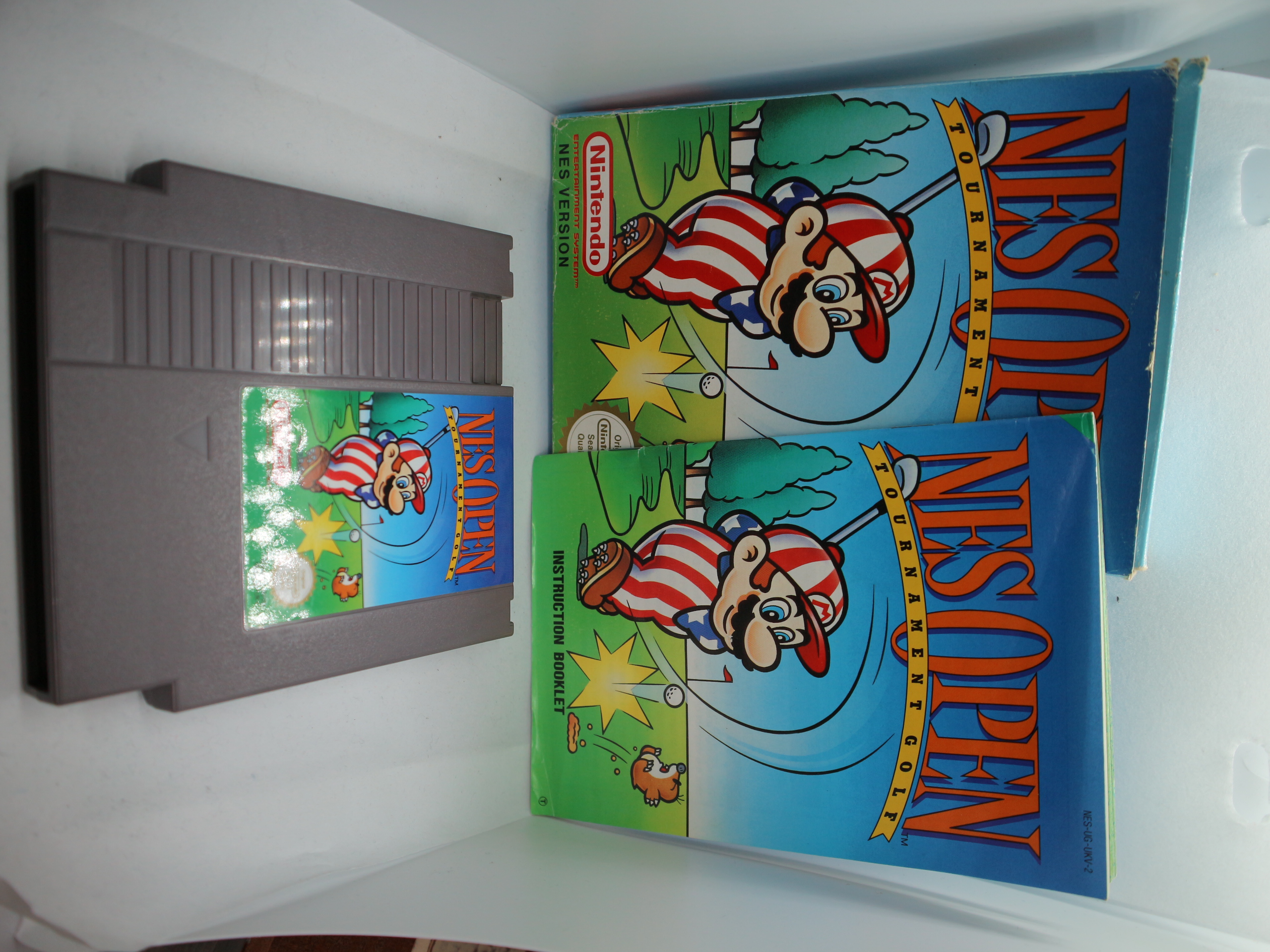 CONDITION VG-GOOD In NES Open Tournament Golf, you can play a round of golf on one of three different courses. One or two players can play in the U.S., Japan, or the U.K. and choose a stroke or match play game. Gameplay is from two point of views, starting with an overhead view allowing you to set up the shot and choose a club, then switching to a 3-D point of view. Hitting the ball uses the common power meter where tapping the button starts the meter, tap the button a second time to select the amount of power in the shot, then tap the button a third time to select the amount of slice or hook. If you are unable to finish a round in one play, NES Open Tournament Golf features a battery back-up allowing you to save the game and continue later. The Famicom version is significantly different than the NES version. The Famicom version has 5 courses, losing the U.S. course found in the NES version but gaining France, Australia, and Hawaii. The Famicom version also lacks the tournament mode feature found in the NES version. Nintendo Entertainment System | Golf | Sports Game | Super Mario Franchise