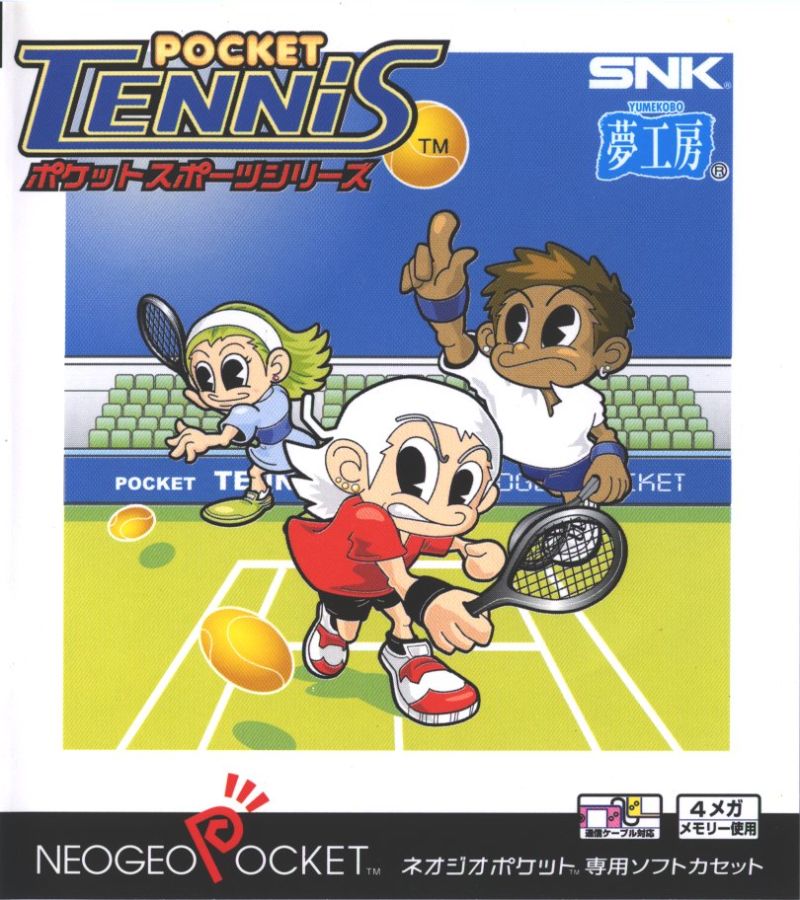 Pocket Tennis a simple tennis game with two play modes: Exhibition and Tournament. Exhibition is a single match against computer or human opponent (requires link cable). There do exist eight player characters with different skills (human player must select one of those eight characters too) and four (five in the color version) different courts. Also amount of sets per game can be selected (1, 3 or 5). Tournament is only against computer. Human player can pick his/her character but not the computer opponent. Also selection of courts and amount of sets is missing. Three games will be played: quarter and semifinals and of course the final.