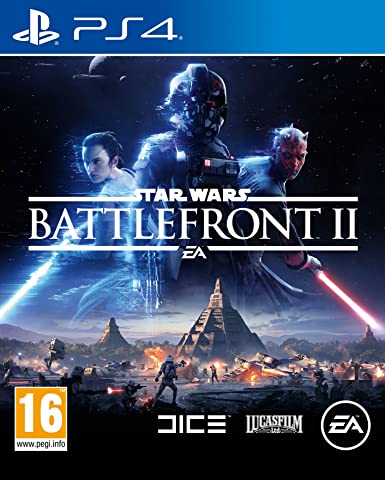 Star Wars: Battlefront II is a sequel to Star Wars: Battlefront in terms of franchise and multiplayer, but unlike its predecessor, this game features a whole new original campaign that bridges a gap in the main cannon story between Episode VI and Episode VII movies. The campaign follows a story of Iden Versio, leader of an Imperial special forces team known as Inferno Squad. You are who Stormtroopers call when they're in trouble, and Rebels know you well enough to fear you. As the story starts somewhere during Episode VI, after a couple of introductory missions you are dispatched on Endor, a satellite-moon where shield array for Death Star is, and Han Solo with a group of rebels is about to take it out so Rebel X-Wings can attack Death Star. You are too late and Death Star explodes... and as we know from the movie, with it the Emperor himself, even though Darth Vader killed him before the explosion, which is unknown to Iden. As a true believer in the Empire, Iden's plan is to avenge the Emperor and bring Rebels down to their knees. While the story protagonist is Iden Versio, certain missions also let you control other key characters from the Star Wars universe, namely Luke Skywalker, Leia Organa, and Han Solo. At any point during gameplay the game lets you switch between 1st and 3rd-person perspectives with exception that characters other than Iden can only be controlled in 3rd-person. There are a variety of pistols, rifles, rocket launchers and laser guns to choose from and equipment can be selected at the beginning of each mission or changed whenever you encounter weapons crate. As Iden switches sides of conflict in the story, the player also gets to control different types of space fighters such as X-Wing or Tie Fighter, as well as walkers such as AT-ST. Iden doesn't fight alone, however. Even when her team isn't with her, she has a trusty bot attached to her back which helps her dispose of her foes in a silent manner, hack open doors and access computers. Aside from story and multiplayer modes, there is also an arcade mode available. This mode lets you choose an Imperial character and just fight waves of enemy combatants in the allotted time offline. By earning more points you get to unlock better weapons or characters, such as Kylo Ren. The arcade mode works as a gameplay introduction and getting to know controls as it becomes available while the game in still in mid-installation and campaign and multiplayer modes cannot be played yet.