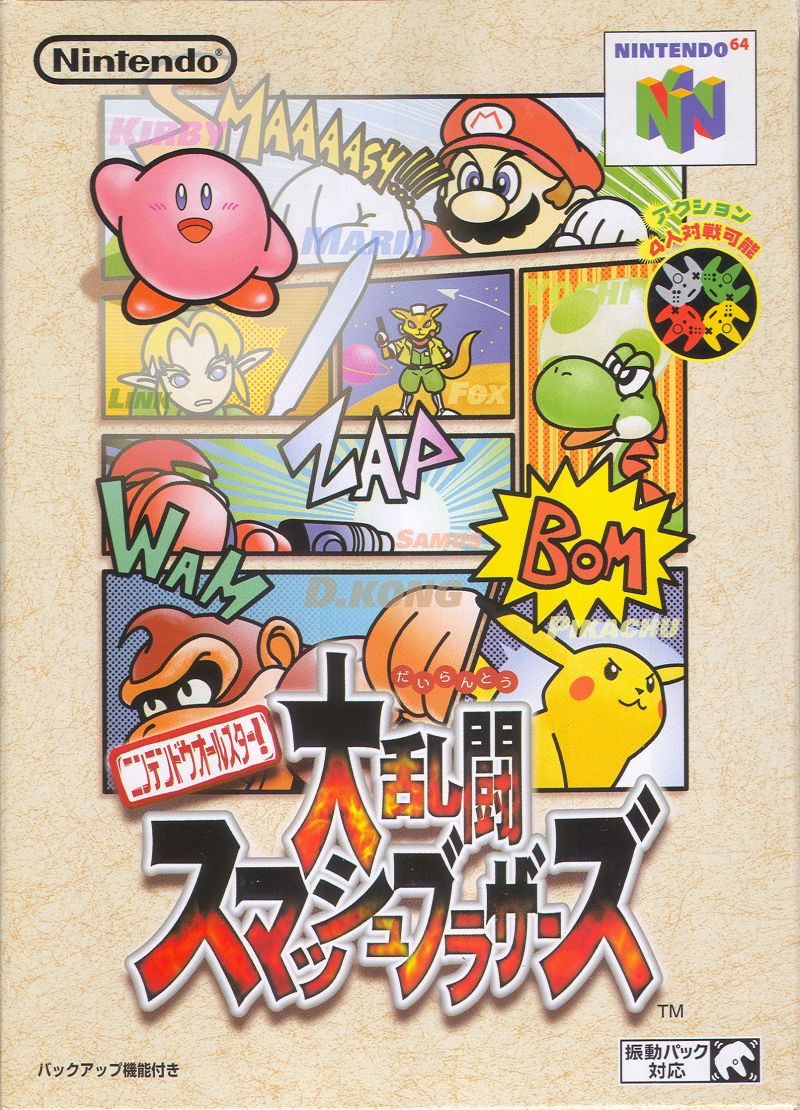 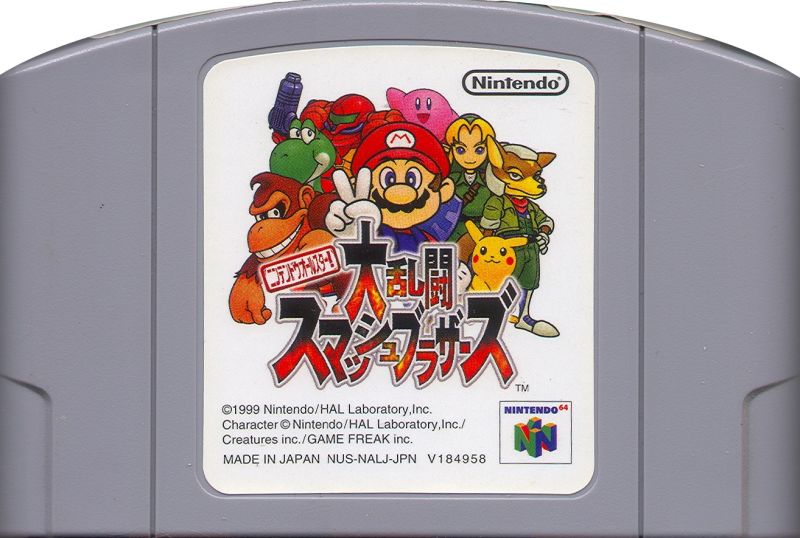 Super Smash Bros. takes familiar Nintendo characters such as Mario, Kirby and Donkey Kong, and gets them to fight to the death. There are 8 fully-interactive landscapes, with one for each character, with noticeable links to their games. Controls are analogue-based, with different moves executed depending on the direction and how firmly the stick is pressed. Items like baseball bats, Bob-ombs, and healing items drop into the arenas at random, aiding any nearby characters than can make use of them. The game uses a fixed viewpoint which scrolls, although characters are rendered in 3D. The one-player mode has 14 stages to work through. Up to 4 human players can do battle at once, with team play as well as all-against-all action. Hidden characters are thrown in for good measure, as are bonus rounds, and a battle to the end with a giant hand (you read right). Playable characters include: Captain Falcon* (F-Zero series) Donkey Kong (Donkey Kong games) Fox (Star Fox series) Kirby (Kirby games) Jigglypuff* (Pokémon universe) Link (Legend of Zelda series) Luigi* (Mario games) Mario (Mario games) Ness* (Mother/EarthBound series) Pikachu (Pokémon universe) Samus (Metroid series) Yoshi (Mario games) * denotes any characters that need to be unlocked under special conditions first.