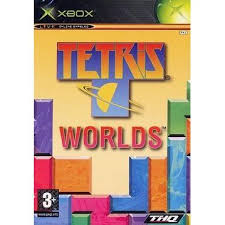 The year is 1985; the place is the Moscow Academy of Science's Computer Centre. Inspired by the age-old mathematical puzzle game, Pentominoes, Russian student Alexei Pajitnov sets to work making a computer game on an ancient (even then) Electronica 60 machine. The idea was to create a game that captured the same logical-thinking aspects as the block-based maths puzzle, thus providing a bit of electronic entertainment for his colleagues. The result was called Tetris and proved to be quite a hit amongst Moscow's academic circles. Over the next four years, the unknown student's hobbyist game would subsequently be stolen, unrightfully licensed, fought-over, buried (a landfill of illegally manufactured cartridges), and eventually end up the subject of a number of legal battles, involving many high-profile companies and businessmen. It would eventually go on to become one of the most successful video games of all time, selling millions of copies worldwide and being converted to practically every platform ever made. 17 years on and the game is still appearing on the current generation of consoles, this time on the Xbox and under the name of Tetris Worlds. Sticking closely to the same tried-and-tested formula, Tetris Worlds places the player in a universe where Tetris is played in different ways on six different planets. Players can test their skills in the most popular versions of Tetris, or try out the latest cutting-edge variations, such as Hot-Line Tetris, Cascade Tetris and Fusion Tetris. Two game modes feature, allowing players to take on the normal Tetris challenge or, alternatively, test their Tetris ranks with two-minute games. A multiplayer mode is also present, enabling up to four players to play against one another. A safe bet for THQ, Tetris has proven its success time and time again. Its combination of simplicity and addictiveness will never fail to please - Tetris Worlds doesn't fail either.