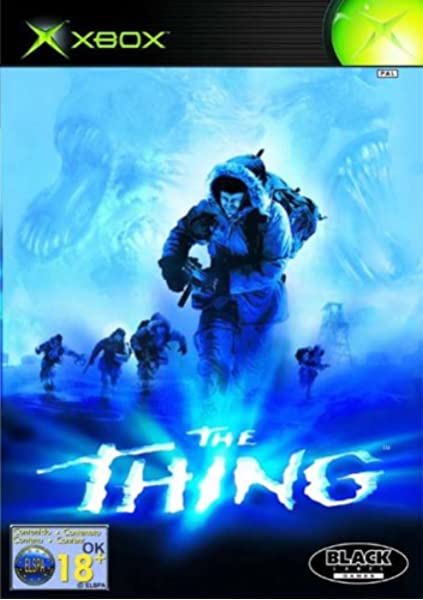 In 1982, The Thing, the film, scared the pants off everyone with its frightening story, intense atmosphere, and general paranoia-inducing ambience. Working in the Antarctic, a group of researchers encounter an alien lifeform that is capable of shape shifting, and thus able to take on the form of anything it comes into contact with. Alone in the middle of nowhere, manic paranoia erupts when the isolated group become aware that this thing could be any one of them. Placing an emphasis on these resulting emotions, Computer Artworks have delivered a game sequel that aims to bring the same chills and spills to the current generation of gaming platforms. Set immediately after the events of the film, the game tells the story of a military rescue team that arrives at the scene, investigating the mysterious deaths of the researchers. Believe it or not, the horrific events of the film soon begin to repeat themselves. In an attempt to recreate the film's atmosphere, the developers have implemented a rather innovative gameplay mechanic. Labelled the Trust/Fear interface, this feature enables players to monitor the psychological states of the computer-controlled characters, and their likelihood of co-operating. Placing a slight spin on the usual survival horror game, The Thing demands that players work with their increasingly suspicious team-mates, relying purely on their wits. Oh, and a rather extensive arsenal of weaponry as well. A great number of puzzle and combat elements are present throughout. Dynamic gameplay means that each of the puzzles have several solutions. As a result, The Thing isn't too linear. The combat system also adds a nice touch to the game, allowing players to modify and customise weapons and, in some cases, build them from scratch. It's nice to see developers trying new ideas once in a while; this could quite easily have ended up just another bland Resident Evil clone.