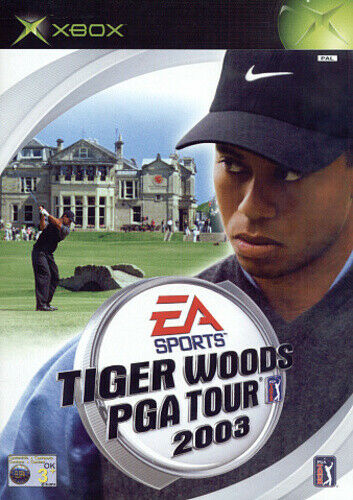 It's late 2002, and the PGA and Electronic Arts have been good partners for nearly ten years now. Year on year, the American software giant has brought the one most comprehensive golf games to console, and that trend is set to continue with the release of Tiger Woods PGA Tour 2003. As the first golf sim for the Xbox console, Tiger Woods 2003 is an eagerly awaited title to its graphically motivated console followers. Xbox is unarguably the most powerful console on the next-generation market, and EA's golf sim stands to reinforce that. Right from the outset, the character detail, vast courses and fluid animation are among the most admirable features of Tiger Woods 2003. It helps to immerse the player even further into the world's most extensive console game of golf. A remarkable total of fourteen 18-hole courses are available in all, including Sawgrass and the world-renowned Pebble Beach. Each course, albeit with a heavy dose of countryside texturing, will be recognisable to the avid golfer, and the level of detail and realism is commendable. From a gameplay perspective, the in-game ball physics remain largely similar to their predecessors, but have been tweaked to respond better to different surfaces and weather conditions. For extra control, die-hard gamers can mess with foot positioning and several other minor aspects of golfing, but a sound choice and club and a great swing is all you really need for a good under-par round. Game modes include full-on seasons, speed golf rounds, multi-player gaming and scenarios, and with over a dozen familiar faces to play as, Tiger Woods 2003 offers both a hardcore simulation as well as a light-hearted golf experience. Not many games can achieve this balance, but Tiger Woods 2003 does it brilliantly.