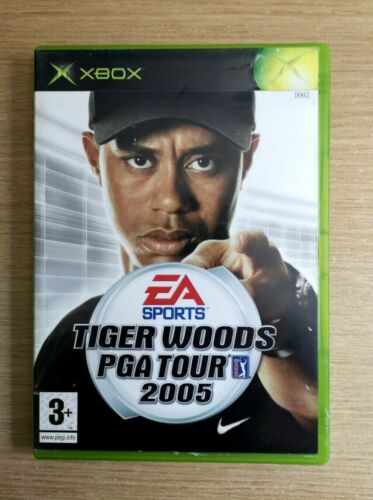 Each year Electronic Arts somehow manages to come up with something new that it can put into its EA Sports games. It shows that the company takes the time and effort to give followers something new to come back to. This is exactly the case with Tiger Woods PGA Tour 2005, a hardcore, officially licensed golf sim almost in a league of its own. Though Tiger Woods 2005 has plenty of competition from the likes of Mario Golf, Nintendo's efforts simply can't compete with the in-depth complexities that EA's latest has to offer. Some gamers just don't want a trouble-free, straightforward golf game, they want options and realism. And is this exactly where Tiger Woods 2005 delivers. Building on the renowned play mechanic of the previous games, the physics behind the characters and their golf balls are more accurate than ever. Character motion is life-like, wind and terrain affect the motion of the ball realistically, and the overall atmosphere within the game and its onlooking spectators is similar to that of a live tournament. Then there's the new stuff: a course-alteration mode, a Legends Tour for fans of the older golfer, eight new courses, two fantasy courses and a new putting and chipping system. The course alteration option, dubbed TigerProofing, is undoubtedly the most compelling, and effectively lets players alter individual holes to the degree that they can practically devise their own courses. Though seasoned golfers and avid fans of the Tiger Woods games will find the control method familiar, EA has thankfully left the highly useful and in-depth tutorial seen in previous games intact for series newcomers. In short, Tiger Woods 2005 is accessible to anyone. It's a hardcore simulation at heart, but it maintains a broad audience by delivering a play mechanic anyone can master. Roll on Tiger 2006!