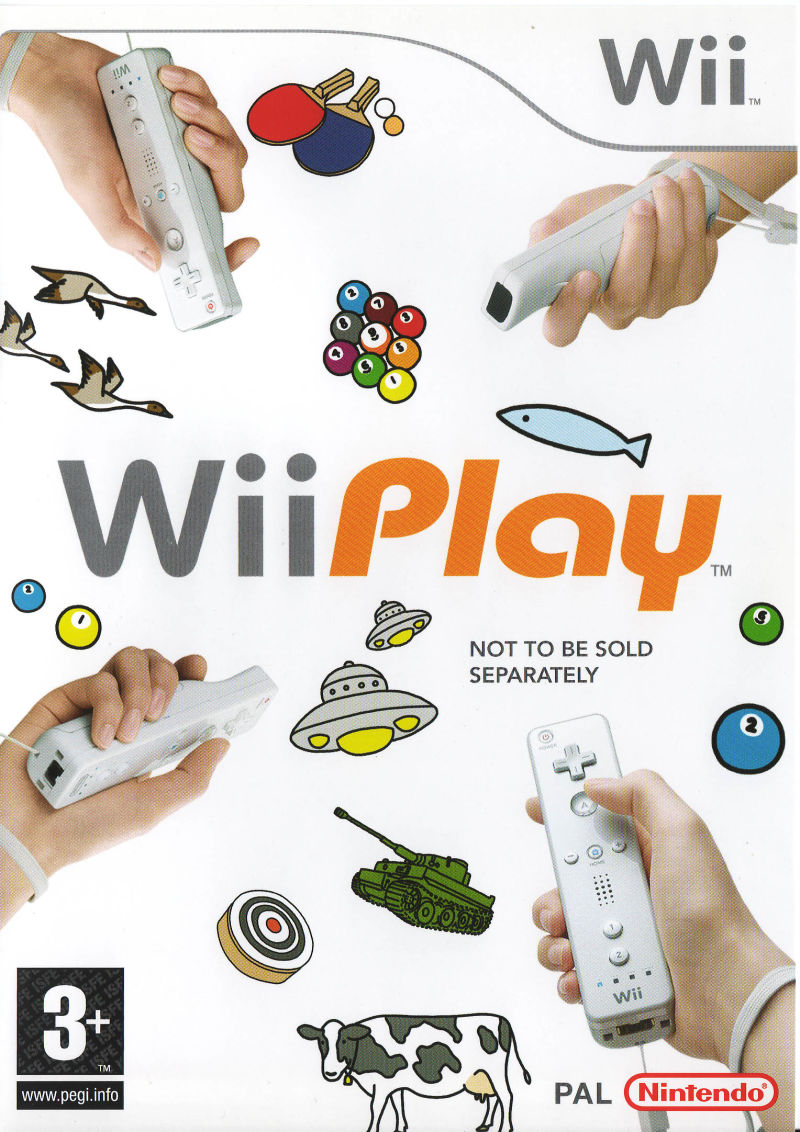 Wii Play is a compilation of nine small games designed to teach players how to use the Wii Remote by experiencing gameplay with the controller itself. The games included are: Shooting Range: aim at the various targets that appear on-screen, and shoot them by pressing A or B on the Wii Remote. Find Mii: find the specific Mii in a group of other similar looking Miis. Point with the Wii Remote and use A to select. Table Tennis: play a game of Table Tennis with the Wii Remote. Use the Remote to move your paddle left or right, and use the A Button to serve. Pose Mii: pose the Miis to match their silhouettes by using the Wii Remote. Change the pose with A or B, and position the Mii correctly by tilting the Remote. Laser Hockey: a side-on game of Air Hockey. Use the Wii Remote to move your paddle around your half of the table, and hit the puck with the paddle as you move the Remote around. Billiards: use the Wii Remote as a pool cue to play a game of Billiards. Aim with the Remote, and hit the ball by pulling the Remote back, then pushing it forward. Fishing: catch fish by using the Wii Remote as a fishing rod. Move the rod with the Remote, and pull it back to hook out the fish. Charge!: control a cow with the Wii Remote by holding it horizontally. Steer it into scarecrows for points. Tanks!: use the standard controls and the motion sensors to control a tank and destroy your enemy, similar to Combat. Steer the tank with the Control Pad, drop a mine with A, and shoot with B. Use the Wii Remote to aim. Similar to Wii Sports, Wii Play supports the use of Miis, simple looking in-game representations of people which can be customized in the system.