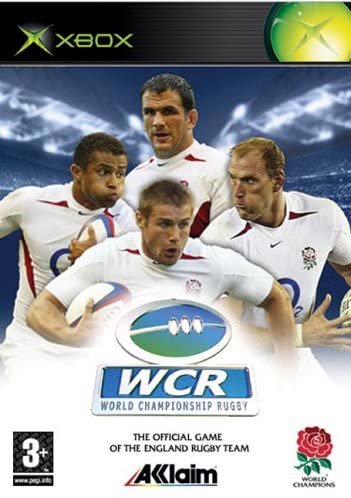 As rugby slowly becomes more and more popular, the presence of the rugby arcade game becomes more prominent in the world of video games. Just a few years ago, there were only several developers that dared to ventured into such a small gaming market, with only the likes of EA making any kind of grounds or worthwhile profit. But the sport is much bigger now, and during 2002 and 2003 we've come across more than a few rugby games. Now we're into 2004, and the latest publisher to jump on the proverbial bandwagon is Acclaim with World Championship Rugby on Xbox. In earlier days, developers, few as they were, had trouble mastering the play mechanic behind the virtual contact sport, but with time the control method and on-screen animation has been improved and refined no end. This is in many ways reflected in Acclaim's World Championship Rugby. A multi-player affair for one or two players, WCR affords gamers what is perhaps the greatest level of control ever seen in a rugby simulation. Gameplay is free-flowing, players are responsive and a dynamic tackling system makes the whole experience convincing. Individual characters are accurately modeled, and a new 'degradation' system helps show the wear and tear of both the players and pitch over time. The rest of the game is pretty much standard. There is an array of game options, a large selection of moves and tackles and a choice of 20 international teams. It's simply rugby at its best.